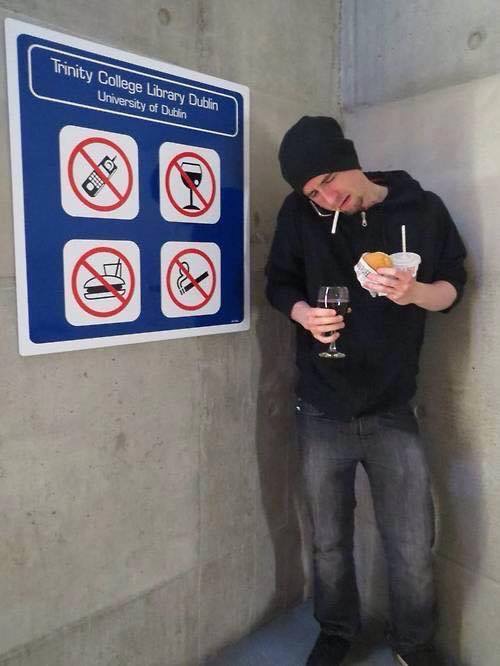 A buddy recounted a Traffic Court incident where he successfully fought a parking ticket, out of principal. He fought the law…and he won. Love happy endings!

Some rules are meant to be broken:   Why Can’t You Use Your Phone On Planes?

Being Angêle, his story brought up a few memories…

In my Medical Training, I was sent for two months to train with some small town Family Doctors. You did not necessarily get to choose the town but I lucked out and got Westlock, less than an hour north of Edmonton. I 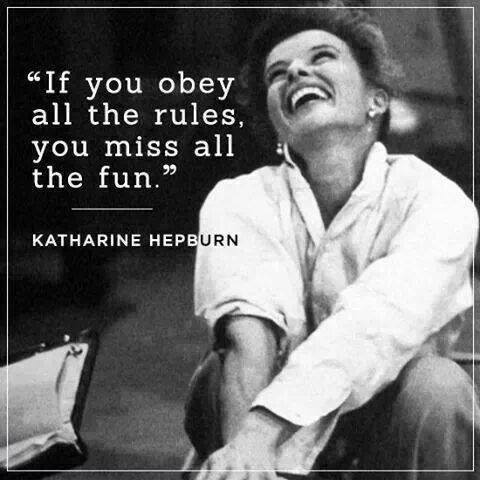 was given an apartment to stay in but running back into the city was easy if a reason came up. The best of both worlds. The Docs there were a really nice bunch. They took their task of training a Family Doctor very seriously. A unique experience setup by the Docs to round out the Medical Education was to ride-a-long with a police officer for a shift. You will be glad to know that it was a female officer. Whew! A mindful decision I imagine. Would have been tough if they matched me up with a handsome devil in uniform. Haha. Funny as we were getting to know each other, the topic of my own criminal record came up. Her face dropped. If I had a record, I was not supposed to be allowed to participate in the Ride-a-long program. Whoops! I am honest to a fault, I always say. The police in town just assumed that if I was training to be a Doctor, I would not have a record. If I was anyone else, they would have done a background check on me. It never occurred that I should be ashamed of my wicked past.

Back in Junior High, I toyed with shoplifting and was found guilty of fraud. 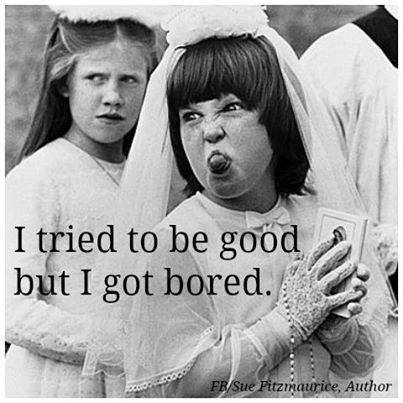 Fraud sounds so serious compared to shoplifting but I guess being found guilty of switching pricetags is not quite so impressive sounding. At the time, I felt it was better than shoplifting straight on. I just offered myself a sale price on a pair of sunglasses. Yes, I see now that the logic is not very sturdy. I am a fully reformed fraud offender.  Since then, I am much more likely to give a generous tip… Not that I did not also shoplift straight on. I just did not get caught at that. I would hate to add up how much stuff I took without paying over a several weeks period. Grade 9, should have known better. When my friend and I were charged, we both had a lot of stolen goods in our possession. We were thankful not to feel the full heat of our crimes.

The worst thing about that little fraud incident is it happened on my Dad’s Birthday. My mom was a law student so pretty embarrassing for her. I felt like such a schmuck…and I was. My own shame was my punishment. I was so blessed to feel how much my parents loved me.They could see how hard on myself I was about it that they did not punish me further. They understood me. They allowed for my mistake. They continued to trust me. They supported me. My partner in crime continued on with the lifestyle. I entered Grade 10 without my best buddy. I turned my back on my criminal ways right then and there. I chose not to continue the friendship. Within a month I found a Soulmate friend in Grade 10 Physics class. We saw each other from across the room. It was fate… She was by my side from then on, through University and onwards to Medical School.

Ironic how things went down in the Courtroom. My friend entered before me. Her case was completed. My case was heard next in line. I entered the courtroom and I guess there was a smirk on my face. Well did I get an earful. The judge did not like me. Not one little bit. He went on and on about how he would like to throw the 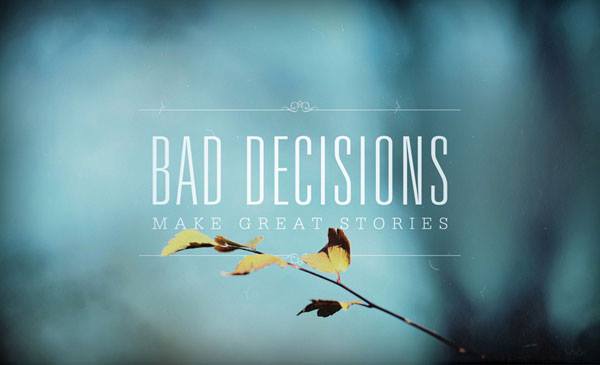 book at me, yadda yadda yadda. He specifically said that he would hand down the same punishment as my friend received despite his desire to give me something harsher.  Nice sentiment.  I was found guilty of fraud.  Penalty:  admonishment.  That is the word he used. I was fascinated by this extra long word. What did it mean? I asked my mom on the way home. It means a good talking to. Don’t do it again.  Dictionary.com defines it as to reprove or scold, especially in a mild and good-willed manner. My mom was sticking up for me even then. She said that I tend to smirk when I am nervous. The judge interpreted that I did not take the proceedings seriously.  She went on to reassure me that the judge just wants to scare the shit out of me so that I will not return. Most teenagers in front of him, he will see again. He is trying to do me a favor. Gotta love my mom.

When I was getting into so much trouble at school in Grade 8, she was so bold as to say that if I was a boy, there would be no problem. But since I am a girl, the same behavior was not tolerated. Interesting… Kind of went along with the fact that I was sent frequently to see the Vice Principal for misbehavior of various sorts. He would just shoot the breeze with me and ask me to try to stay out of trouble. He was an Angèle supporter. I always seemed to have lots of those. My Grade 8 teacher thought I was a psychopath. One teacher’s psychopath is another teacher’s talkative and disruptive. I was tested and found to be “gifted”. Ha ha. It meant very little but it got that teacher off my case. Rebel without a cause.

Getting back to my ride-a-long. It was actually pretty boring. The officer loved looking for dark tinted windows. I guess she needs to find something to do to justify her job. Many warnings and tickets for dark 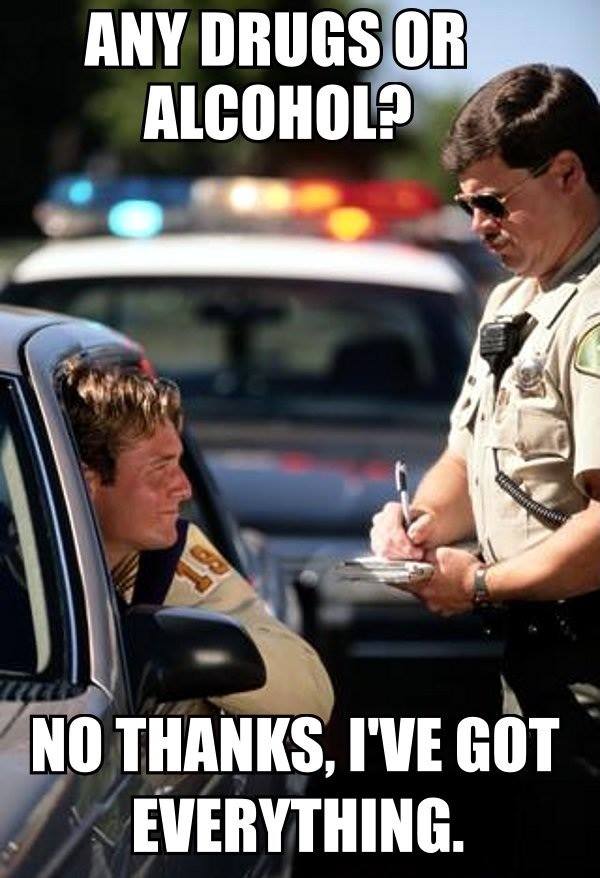 windows were handed out that night. Rural Alberta is known for a high percentage of pickup trucks on the road. If they want to tint their windows, it ends up being the driver’s windows. The law allowed for only the most minimal tint. Was the town safer as a result? Your guess is as good as mine. We spent some time on the highway with the radar. The biggest surprise to me was that nobody talked back to the police officer. I have heard it said that French people are passionate. Well in my family, I had witnessed many a traffic ticket handed down. It generally was responded to with passion. It was always accompanied by backtalk – big or small. I discussed this with the police officer. She felt that talking back was quite rare. Really?? I was educated. It felt weird to discover my upbringing was not typical in this regard. I just assumed everybody talked back since my family did. We actually enjoyed the retelling of some of those incidents over dinner. A good laugh.

I was reminded of the prior ticket I had received. It was actually following an Ambulance ride-a-long. No boredom there. Lots of action. Fun fact from that ride was that the Firemen arrived first on the scene to most 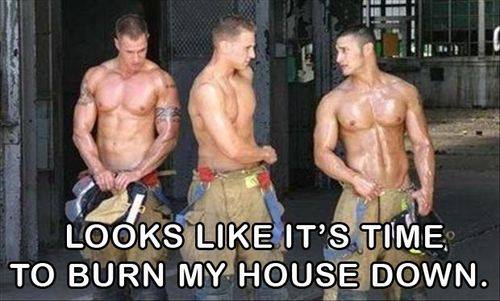 calls for an ambulance. There were more of them so almost always arrived first. It was an amazing experience. I was with them from 10pm to 6am. I was driving home, a little tired by then. Motivated to get into bed. A major intersection near the Ambulance Main Station was 107 Avenue and 109 Street. I was traveling west on 107. I am reminded when I see the sign that I am not allowed to turn left onto 109 Street. Instant thought: it is late. It does no harm. There is only one car on the road right now way in the distance. I can see the headlights blazing. 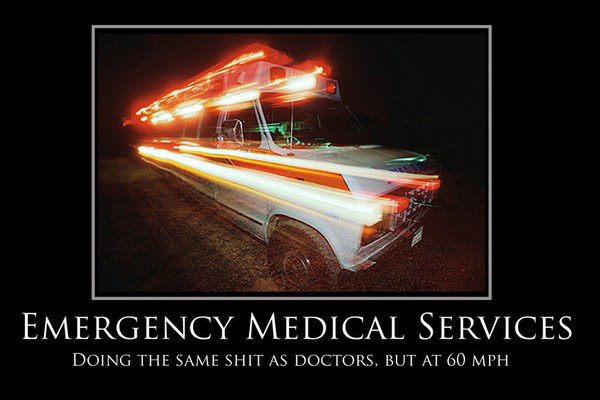 I turn. Home sweet home, here I come. Well those headlights belonged to a police car. Sirens immediately turn on. Really? Well that officer found one passionate girl once he pulled me over. I was having no difficulty expressing myself. I questioned him, “Surely, you have more important work to do right now than pulling me over. There is nobody on the road. Turning at this time of night is not a big deal.” I may have even said that if I were him, I would use my own judgment to determine that this is not a risk to anyone. Of course, I know they are often looking to see who is on the road in the wee hours. Have I been drinking? Or worse? Possibly if I had not been such a hothead, I may not have received a ticket. I have gotten off many tickets since I stopped backtalking. They are just doing their jobs, right? I can be taught. I am a slow learner sometimes.

Indignance prompted me to obtain legal counsel...aka talk to my mom. Ha ha. She always supported me.  Even this time she came up with a possible avenue in my case. I wanted to fight the ticket. She said that the sign is clear that left turns are not allowed. It is not one of those where the left turns prohibited only during certain hours. She thought a very weak possibility that she had seen work once was for me to request that the officer be able to pick me out in the courtroom. I forget the exact details but my mom would represent me (pretty funny) 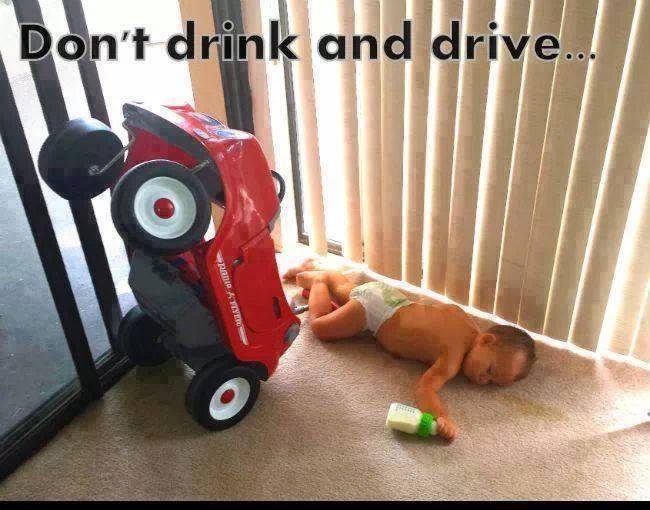 and I  would sit in the courtroom and see if he could pick me out.  Often just by showing up, you at least get a reduction in your fine.  Ooooo. The big day came. I am likely the only one in Traffic Court with a Lawyer in tow. As I entered I looked around me. My hopes shriveled as I saw that I was the only one in my age range. Oh oh. Funnier still was when the officer was informed of the jist of the case. His eyes got wide and he came right up to me and said, “There she is. I will never forget those eyes.” He went on to explain that my performance that night was pretty memorable. He likely would have picked me out in a restaurant. I was never sure if he meant he thought I was hot or a hothead. Maybe both.

I Fought The Law And The Law Won by Green Day.    Gotta laugh.  Love collecting experiences…

Over the years, I have even gone to court just for the fun of it.  The days before reality television.  Always an education. And to see my mom in action. She is and was so cool.

All in all:  a pretty short rap sheet…

P.S. – Had a drink with three other ladies last night. It was fun to share our rap sheet stories. Therapeutic value for crimes big and small. Secrets are bad for your health.

Skeletons in the closet of all varieties need to see the light of day. You don’t need to share with everyone but you should find an appropriate person. Don’t wait for your deathbed. I met a Beautiful Spirit yesterday who has spent decades in elder and palliative care. I was shocked at some of her stories. Lots of people, especially men, are carrying some pretty heavy loads around. She often heard the therapeutic share of men with their dying breaths. Peaceful once they had offloaded.

Sharing your stories is fantastic for your health. I would even go so far as to say essential.

Listen to me now. Believe me later.

« The Myth of the Twin Flame
Why Norway? »