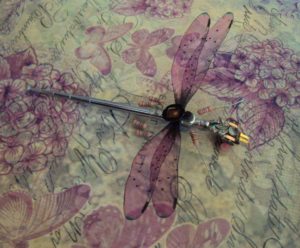 “When we open ourselves to truly listen, we risk being changed.
Loss of identity itself.”
My best friend Chris’ comment after hearing me read the following message.

Would you be willing to listen?
My story, in a nutshell, and what/why I am inspired to do next.
I recommend you listen with your heart while you read with your mind.

I read the message February 2017 in this linked 14 minute video, an edited text is below. No longer matching exactly the original version.

July 2017 Reading same message.
A few adlibs. With additions added July 2017 it is no longer the same piece. I encourage people to read it.
But … take a quick look at me in the two videos.  A documentation of my state of being at two separate points this year. Upgrades are apparent to my eye. See for yourself.
Begin formal piece …

Ghandi’s famous quote:
Be the change you want to see in the world.

I translate and clarify to:
Optimize yourself and you will optimize the world. 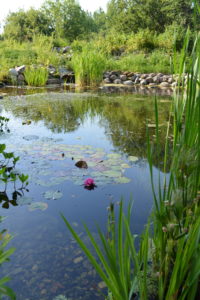 Balanced spirituality was the road I took.  The good news: there are likely infinite ways to get to the destination of optimal human being. Your creativity will figure out the best for you.
Essential that each individual is the authority for their own path. I cannot stress this enough. It can feel futile.
One way I look at this is that I am the artist formerly known as god. And you are too.
Our creator function, as a fundamental quality of our human consciousness is not optimally recognized. Yet.
Many people take on a disempowering template without realizing. Our history and cultural conditioning has us not recognizing our own creative capabilities.
We can play any role we put our mind to. Our ability to cognitively frame our experiences is the Holy Grail. Never fully actualized until we learn to follow the river of our feelings. Connect our heart and mind optimally. Discover our deepest authenticity. The idea that we have sovereignty has come to feel scary and unknown to us. To take responsibility for our self is counterintuitive with our systemic conditioning as it commonly exists today.
Systems in place, generations ago, have inadvertently disempowered the individual. Many roadblocks exist to allow widespread empowerment of the individual.

A very important key for me:
When I ask the optimal question, I get the optimal answer.
Begs the question: how do I know that I have asked the optimal question? When the answer results in action/knowledge that leads to an optimal result.
The next burning question:
How to define optimal when looking at the result?
Another good question.
Often the questions are more important than the answers.
Optimal is in the eyes of the beholder. In the real world, the beholder is ever evolving. Yes!
The questions more than the answers need to evolve alongside.
If everything is functioning optimally, a spiraling upwards will be the result.  The endpoint will not be static but dynamic.
Hope I have not lost you.

This is the process I have undertaken in my life.
Over and over. And over. For 50 years.

Before, during and after Medical School.

Before, during and after I practiced as a Family Doctor. An 11 year career.

Before, during and after a 16 year marriage to a Canadian with parents born/raised in Mauritius (African country) and grandparents originating in China.

Before, during and after a powerful love-at-nearly-first-sight meeting of a man in November 2011. Somehow he acted as a catalyst in turning on unconditional love within me. He documented different flavored significant challenges of his own on Facebook since our meeting. We are acquaintances but have not yet explored relationship in any tangible way. Somehow I feel capable of tracking his optimization which at some point synchronized with my own.

It could also be termed Cognitive Ecstasy. Another 3 minute Shot of Awe from Jason Silva: The Ecstasy of Curiosity.

Four is a magic number: Jason tackles the question, What is Brain Coupling?

The last on my summarized list of relevant experiences (I applied my optimal questioning to).
Before, during and after exploring countless alternative health practices with the goal of optimizing my health.

I am not going to try to connect all the dots in this message.
I will now jump to a framework that I have come to. It is not new. Dates back over a Millenium.
The Chakra energy system described in Ancient Eastern philosophies. It is used in many alternative healthcare practices.
I want to describe my cognitive framing of my acute Psychiatric condition from the Chakra viewpoint to exemplify how it helped me to be in the most optimal state I have yet known. Now.
I believe the framework can help anyone to optimize their health too.
As people are doing and have done since its origins.

I do not believe it is necessary to get there via the involuntary Psychiatric System. I made choices that led me to get there via this commonly feared route. To understand why, could help many who likely would want to sidestep that one.

*Chakra Hypothesis of my condition here:

Medical Science described my condition in October 2012 as a manic episode with psychotic features.
I will use the Chakra System vocabulary.
In the setting of my active, enthusiastic efforts to “self-actualize”, I educated myself in ancient wisdom. Eastern philosophies were embraced on the backdrop of my Christian knowledge. I connected strongly that Jesus Christ was an exemplar of self-actualization. An achievable state for anyone. I read two books describing two recent examples of optimized human beings with capabilities impossible by consensus knowledge in today’s systems.
Anastasia by Vladimir Megré and Autobiography of a Yogi by Yogananda. I avidly expressed transcendent spirituality without the important grounding of it into real life activities. I was attempting to escape what I viewed as a tainted reality. I actively avoided uncomfortable feelings with the misguided idea that I could help the world by putting blinders on and see only love and light. Because I would emanate “magic” love, like Jesus.
An unbalanced interpretation of spirituality. What now feels like a misinterpretation of the ancient wisdom. I could not embody the optimizing energies due to the blockages at every other level of my energy system.

I received treatments with a handful of alternative practitioners helping to optimize my “energy systems”. I obtained three treatments in one week, against practical judgment, the week prior to my acute episode.
My crown Chakra opened fully allowing a sudden, dramatic increase of energy to flow through the Chakra system.  There were significant blockages at the other 6 chakras. Suboptimal. My physical system was overwhelmed.
Continued, enthusiastic explorations, treatments led to optimizing the other 6 chakras. Which occurred only weeks ago in January 2017. It has been scientifically recorded that the background Schumann Resonance energy of the earth has risen dramatically in this past month. The slow and steady optimization resulted in chakras 100% open, lined up optimally, blocks cleared.

It was the imbalance in my Chakra system as the foundational problem. The framework describing the genetics and biochemical imbalance theories are not helpful. In that framework, I had a lifelong brain disease without a cure. In my framework, there is great hope for optimization.
Physics trumps biology.
Mindset over matter.

A big differentiating factor about me is the way I questioned the chaos and lack of harmony around me. To my mind, that is the most relevant difference.
A mindset. Nothing more. Nothing less.
Truth is relative.
And each of us has more choice than we have been trained to believe.
Fantastic news.
Alternatives exist.
Are you willing to explore?

If I were not uniquely me, I would never have been able to withstand what I call “the crabs in the bucket” phenomenon. My attempts to disconnect from the traditional disempowerment template would have been quashed by the suboptimal  belief system in place within Traditional Psychiatry. And the world at large.

I flirted dangerously with chemical incarceration. Legal authority held by my attending Psychiatrist on my third involuntary inpatient hospitalization, May 2015, was used to write up a certificate of incompetence. A second psychiatrist’s opinion was sought. Two psychiatrists’ signatures was all it took to disempower me in making my own treatment decisions. Treatment with antipsychotic medication was their choice.

I feigned compliance just enough to extricate myself from their grip.

I will be forever grateful to my French Canadian heritage. Sovereignty and empowerment are fully supported. My family left me to my own devices. Not common in the greater society of patients labeled as I have been. Family and loved ones concern and caring morphs into control and disempowerment in the wink of an eye.

February 2, 2017. The day I started tapping this into what became a very long note on my iPhone.

I entered into a discussion on a Psychiatric Survivor Facebook group about whether all psychotic episodes are also a spiritual emergency. The discussion reminded me how suboptimal questions can leave us “stuck in a loop” indefinitely.

I saw a play, “Disgraced”. A very timely play about the glorious human messiness of being of Islamic origin living in the western culture of North America. It was days following what the news called the “Quebec City Massacre”. A gunmen shot and killed 6 muslims in their place of worship during active worship. How can this happen?
Yes indeed.
The play artistically gave a human story about how each of us can become an animal when we are not treated humanely.
The wounds are deep and widespread.
Driving home, I felt a deep compassion. For us all.
I asked myself a familiar question:

How can I be truly helpful?

The perfect storm of events that day led me to share my experience in this way.
The solution is human optimization.
One individual at a time.
Starting with myself.
We are all connected.
Our energetics influence each other.
Human abilities like strong intuition leave no thought held without another possibly tapping into it.
Lip service is not enough.
It is optimal to embody empowering, loving, inclusive, nonjudgmental energies.
It will spread like wildfire.
Listen to me now.
Believe me later.

Peace be with you.

Not sure if all Christian Churches do this but I remember that there is a point in each Catholic Church service where the congregation shakes the hands of those seated nearby and speaks “Peace be with you” to each person in turn.

Lip service is not enough.

Light of a Clear Blue Morning by the Wailin’ Jennys, written by Dolly Parton.