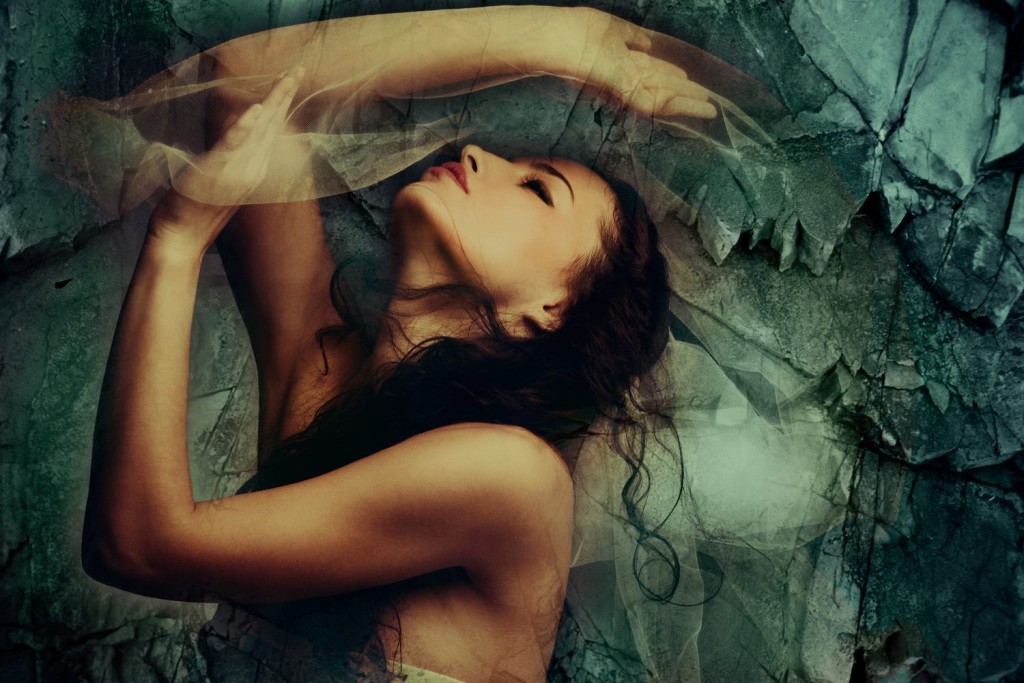 SPIRITUAL AWAKENING IS NOT A GOAL

Spiritual Awakening is not a goal to reach in the future, for ‘future’ is only of mind. It is not a fixed and final destination, nor a special state reserved for Special People or Enlightened Gurus. It is not an out-of-body experience, but a constant invitation – to embrace yourself exactly as you are, today, in all your glorious imperfection. It is a deep and ancient calling, to radically open up, to embrace both 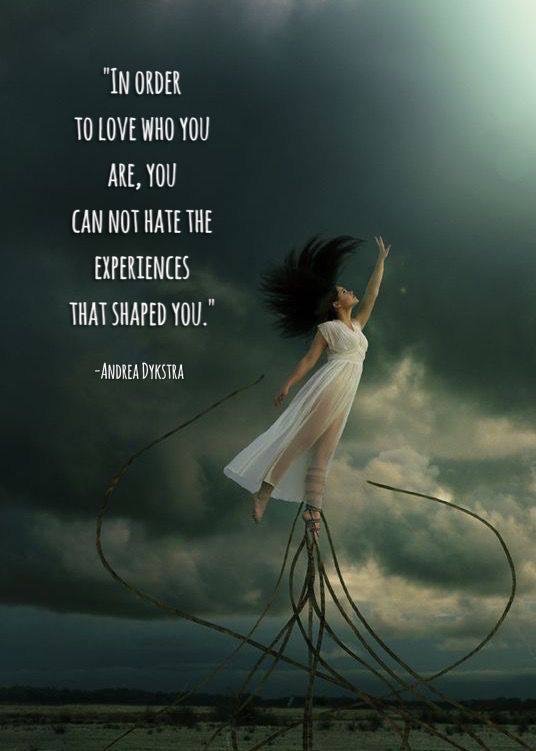 the pain and the joy of life; to be vast, vast enough to hold both the bliss and the fear, the heartache and the overwhelm, the laughter and the deep longing to be free. To include whatever burns today in one big YES.

To be what you are. Life itself. Awake, alive.

This ‘deep acceptance’ as I call it is not passivity nor spiritual detachment, but a giant validation of the way life looks today. It does not mean giving up on the possibility of change, for all real change emanates from the YES to today. A relaxation into the way things are, a sinking into the scene of today, unlocks all your tomorrows and is the source of all creativity, and all genuine answers.

No matter how powerfully the storm of thought and emotion rages right now, no matter how unmanageable everything seems, I invite you to stop, to stop just for a moment, and to bring your attention back to the here-and-now, the living ground of your life, the One place where breathing is happening… where the heart is beating … where sensations dance in and as the body … where sounds appear, stay for a while, and dissolve into purest awareness… and where sunlight streams in through the open window… illuminating the room, the room which holds you as you are.

As in Part 1 of You Are The Lover And The Loved, I open with some beautiful words from Jeff Foster. Recently, I tried to donate to him but his website lacked the familiar donate button that many Spiritual 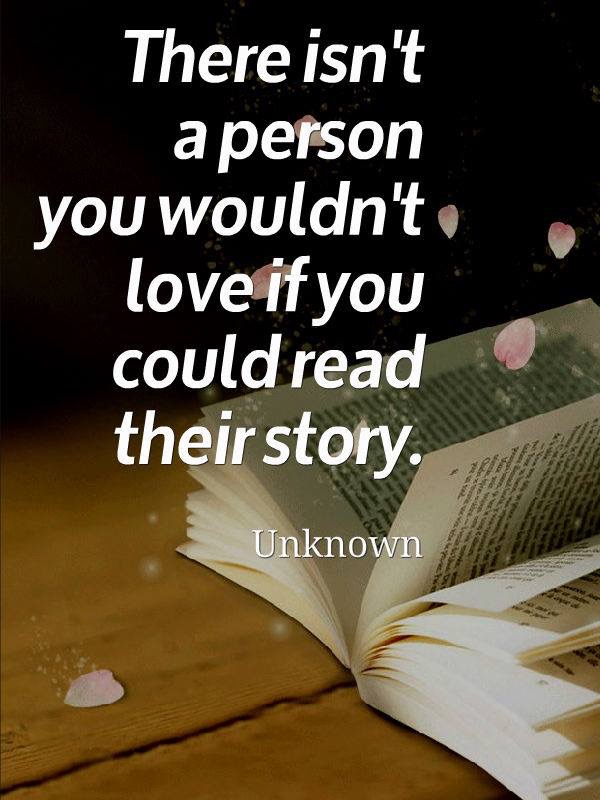 Teachers include. Will keep my eye on an opportunity to show my appreciation outside of sharing his work.

I Feel It All by Feist

January 26, 2015 I read To Fall In Love With Anyone Do This by Mandy Len Catron from the University of British Columbia.

It inspired me to write this Part 2. It was with this concept in mind that I stuck around in my marriage as long as I did. I felt that when one is willing, one can love anyone. I was forgetting that I was only half of the equation. The same issue cropped up in my dating life. I am only half of the equation. To some this could feel like bad news. To me, it is fantastic news. I have long used the cute expression It takes two to tango but disconnected to the wisdom of that. Knowing that no one alone could maintain a marriage or 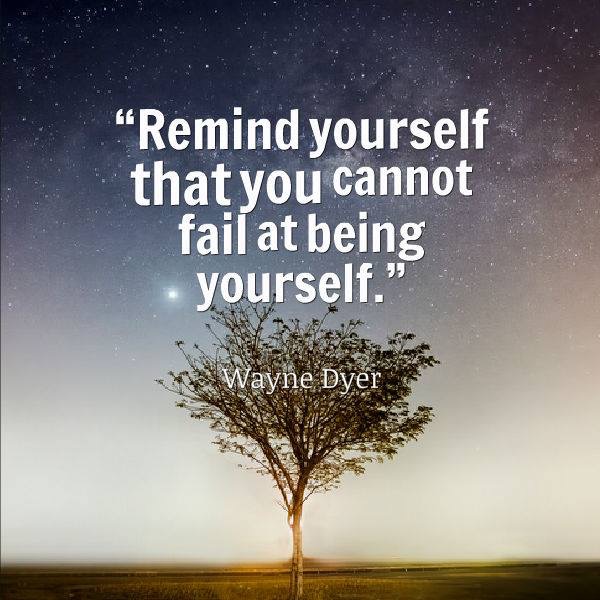 start a relationship, why on earth would any of us continue to, first expression to come to mind, flog a dead horse. That is the million dollar question. My answer: because our intuition knows there is truth lurking beneath the mask. At least we believe this. As long as we believe this, we can justify illogical behavior. At this moment, I declare: This is the Art of Life. Choosing when you take things at face value or when you hang tight to see if the mask will come off. In the end, Everyone Has Choices. The more Aware we are of those Choices, the Less Suffering is Endured. The more Authentic we each Choose to be in Each Moment, the Easier it is to Choose the Most Resonant Masterpiece, Work of Art, to Stare at, to Share with … to Dream With.

Your Honesty is Paramount, because you Understand that only Through Your Honesty can others be 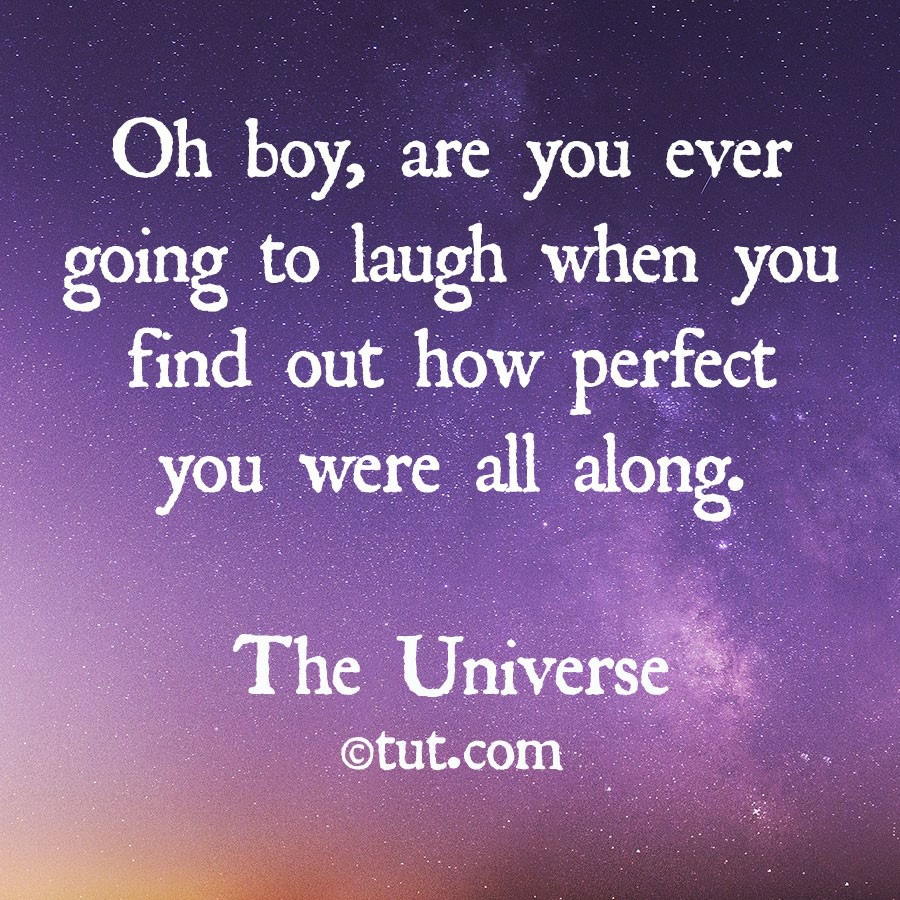 Free to decide what they can (or cannot) do with their time regarding you. So it is that You are Brutally Honest with your Disposition toward the Human Condition. You are Clear with your Commitment to the Infinite Game, even at the Expense of all Finite Games. You Understand that Infinite Play Requires Complete Vulnerability. So you Initiate your own Actions in such a way that others Respond by Initiating their Own Action in kind. Where Finite Players are Waiting for their Turn to Speak, You have Learned How to Listen with Conscious Intent, which Generates Time as Space for the Dialogue to continue, and Healthy Dialogue is the Heart of Good Play. Gary Z. McGee 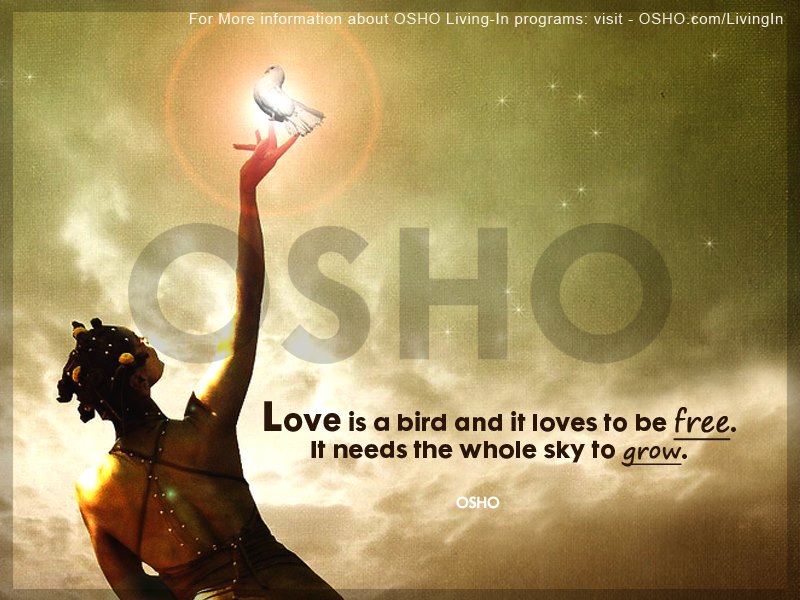 Six Signs You May Be An Infinite Player by Gary Z. McGee was also read on January 26, 2015.

You use Power as a Tool to Leverage Vision into Action, rather than as a Weapon to Force People into Action. 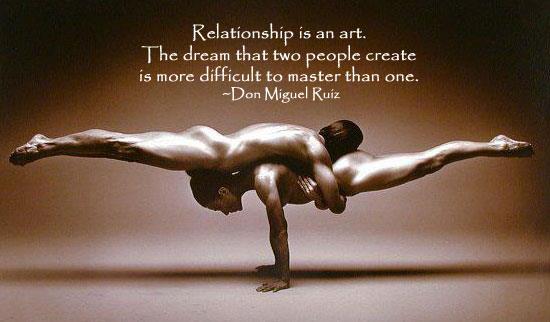 The idea is that mutual vulnerability fosters closeness. To quote the study’s authors, “One key pattern associated with the development of a close relationship among peers is sustained, escalating, reciprocal, personal self-disclosure.” Allowing oneself to be vulnerable 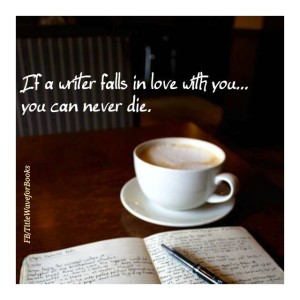 with another person can be exceedingly difficult, so this exercise forces the issue.

I want to try that! Rings true for me. The reason why the sexual fun relationship has its limitations. Intimacy is what I desire. Sex is the #1 intimacy enabler – my perspective. Sex is not in itself intimacy but is often associated with it. Big question for me: do men feel the same way about intimacy? My sense is that most women feel this way. I continue my field research. Nod. Nod. Wink. Wink.

Love Is by Adam Cohen

After being injected with a serum that stimulates the part of the brain that processes fear mechanisms, 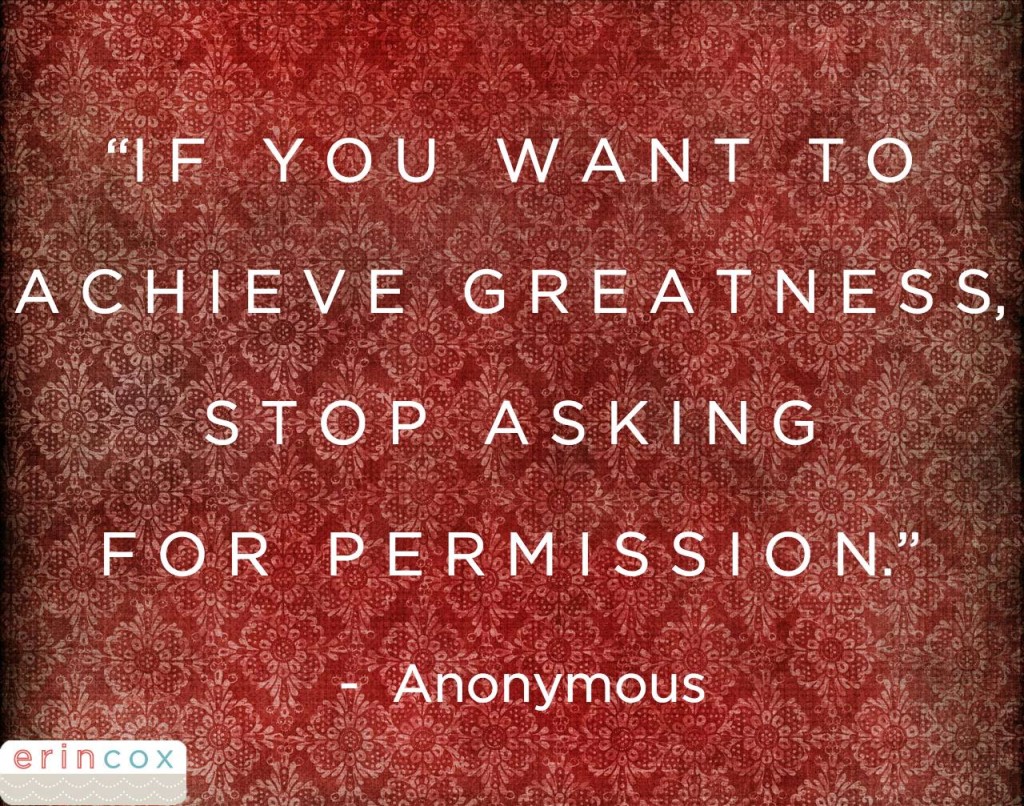 the heroine hallucinates her deepest fears and the hero observer witnesses how she handles them. How this is done is not important. This is Science Fiction, people. Loved how she decides, after seeing her reflection, that this isn’t real. Knowing that, she chooses the bold move to swim away from her fears. She did not have to concern herself about breathing. This choice clearly differentiated herself to the observer. Her efficient, clear thinking got her 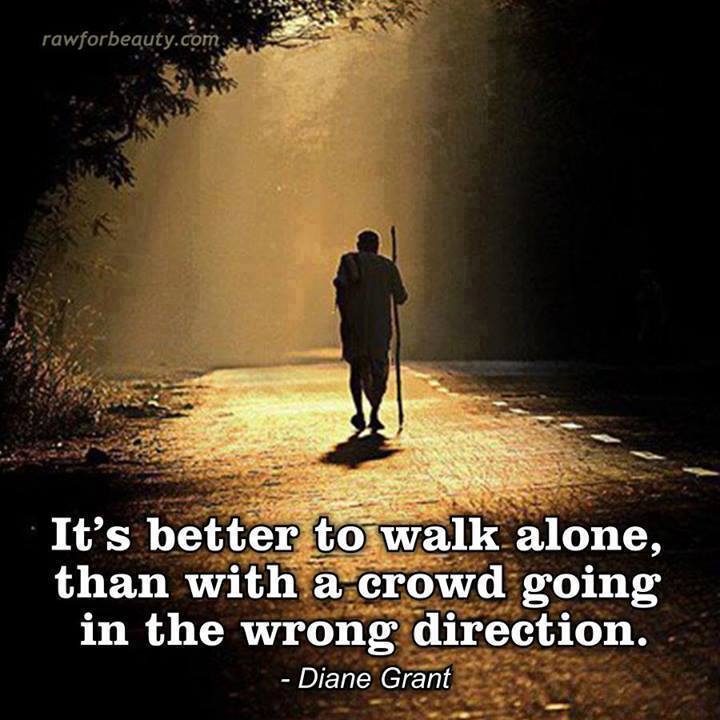 out of the exercise four times faster than the average. She went on to hear how others stalled in front of their fears, taking in the fullness of their unpleasantness with all senses. Telling the story also heightens fear further.

Her second go at the exercise finds her in a large tank, quickly filling with water. Seeing her reflection again reminds her that this isn’t real. A few intentional taps with her finger breaks the glass, allowing all the water to flow out.

Seeing the movie Divergent based on a book by Veronica Roth published in 2011, inspired me. In Part 1 of You Are The Lover And The Loved I was moved to include these videos.  Yet resisted … with great difficulty.

One man’s impulsive is another man’s clarity.

The idea that it is not about right versus wrong but two versions of right. 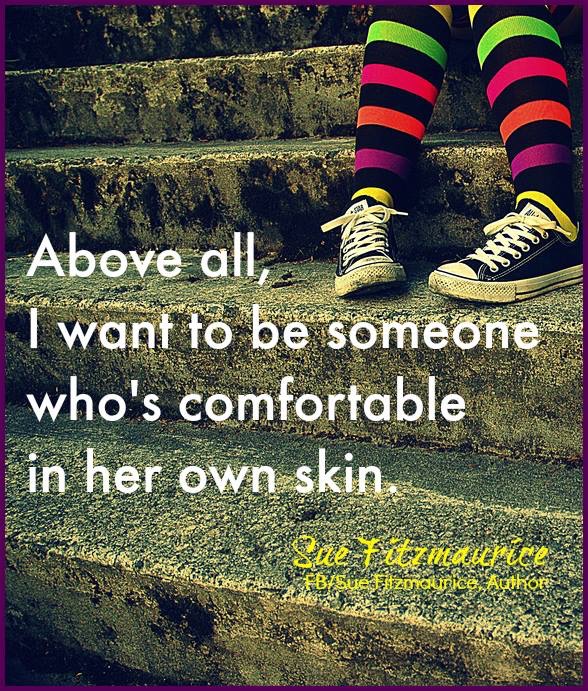 In the movie, the clarity and integrity of the heroine was outside of the average – outside of the box. People like this were labeled divergent and hunted down. Their existence threatened the powers that be. They were free thinkers. I see this as analogy to the Mental Health labeling of our time. I do not think conscious intention is in place in the world I experience. But I believe our society is served by a variety of perspectives, including my own. In the movie, the heroine is taught by the observer, a fellow divergent, to think like the average so as not to draw attention to herself. I have felt that in my own life in some way. Another hypothesis of Bipolar Disorder. It becomes clear that you need to pretend to think as others around you think, for their comfort. In a fear-based 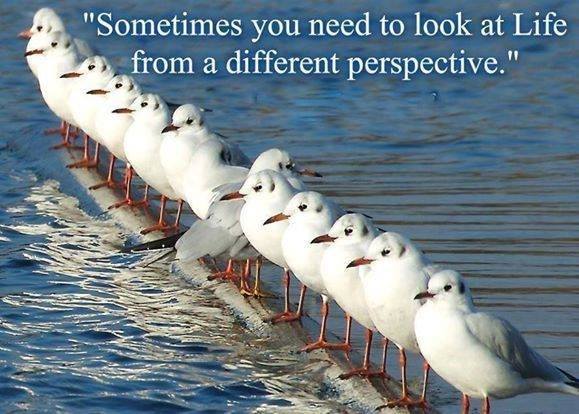 society, your loved ones want the best for you. They fear what would happen to you if the truth was known. There is another truth that happens to you when the truth is not allowed. That truth is scarier to me than the former. Labeling and medicating a variation of normal (for lack of a better word) in our current societal backdrop.  Feeling like a broken record with my little Bipolar Disorder story.  I have reluctantly pointed towards the concept that Mental Illness can only exist with the societal environment we now experience. Changing the societal environment will, over time, wipe out what we today think of as Mental Illness. Another of my Hypotheses. Yet again, I add: Listen to Me Now. Believe Me Later.

Reminds me of a saying I had recently upgraded:

It is Hard to See the Solution when You are Part of the Problem.

That is All I Have to Say about That … 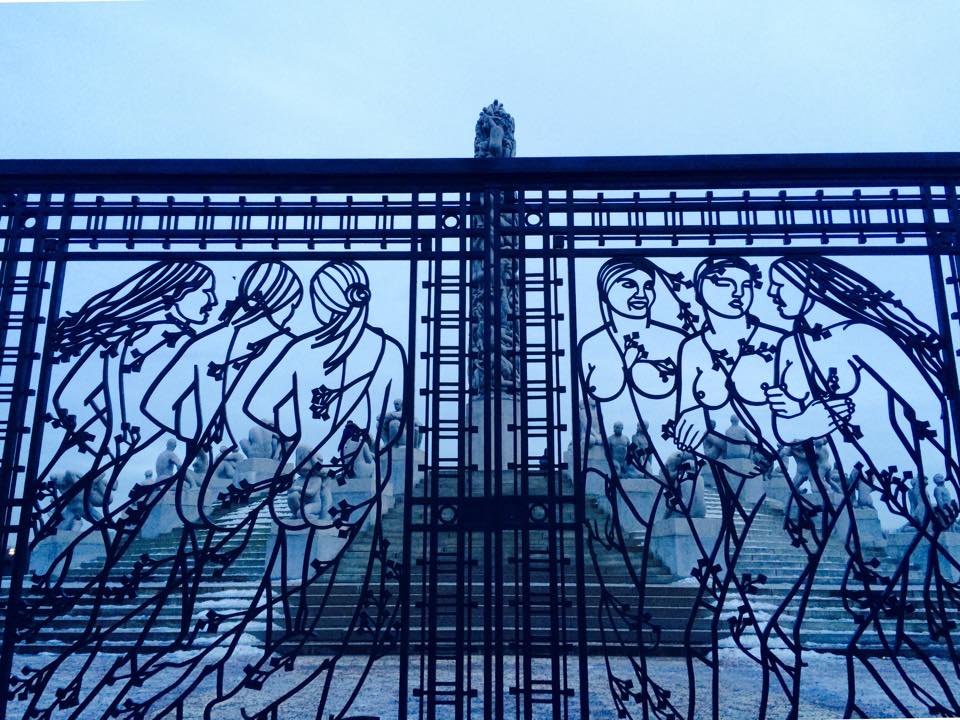 I wonder if there will be a Part 3?