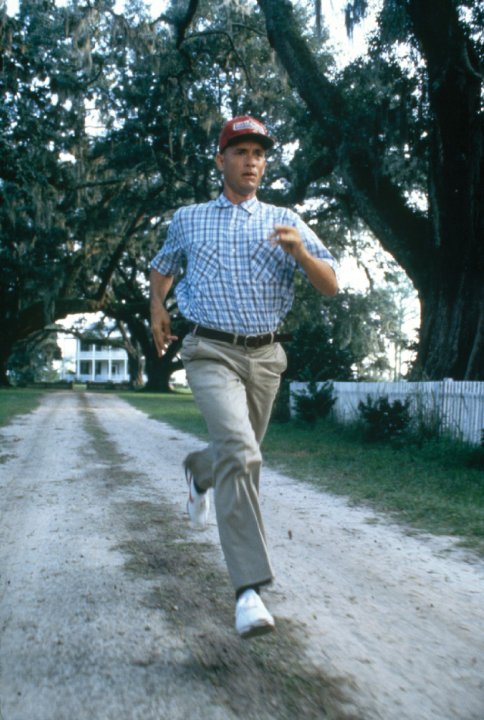 The Assassination of John F. Kennedy.  Historical event.  I was impressed by my parents account of the huge impact felt by everyone in the world. I love hearing stories about the old days. Both parents were in the same school when the JFK news flash hit. All students were ceremoniously gathered to hear the sad news from their teachers, mostly Nuns in this devoutly Catholic School on the Canadian Prairies in Saskatchewan. The collective mourning is powerful. Many times, I have heard other baby boomers describe their experience of the incident. Some events hold world significance. Similar was when the commercial planes struck the World Trade Center and the Pentagon on Sept. 11, 2001.

I can recall my own 9-11 story. I was just enjoying a normal morning with my 2 preschool kids. Jacques, a year old, was napping. Elise, 4 years old, was playing independently in the basement. The phone rang – my mom. She was at work. It was the rarest event to receive a call from her either during or after work hours. She was not the talk on the phone type (opposite to myself). Her calls were mostly related to booking a social event for the family: down and dirty, no extraneous details. No chit chat. So I was pleasantly surprised to hear from her. Immediately noted her tone was different. She informed me of the news. She rightly assumed that I was unaware of the world event. My knees felt weak. We actually just hung together on the phone trying to integrate this information. What did this mean? That 2nd plane hitting had the world wondering, how many events had been planned here? Were we safe? Not really sure. It was so comforting that my mom was the person delivering this headline. We appreciated each other in this strange moment. Finally, we had to end the call. Like everyone, I was in shock. I just existed in suspended animation. I recall feeling so blank. I did not want to take off in panic but it would be so easy to do. I found myself wandering back to Elise in the basement. I did not speak. I would go and watch her play. Well, she started talking … about burning buildings. “Mama, I see a lot of smoke. There are some buildings on fire.” I cocked my head to the side. Did she overhear my conversation with my mom? I did not think so. What did I say out loud? I could not really remember. Hmmmm… Was she aware of this via telepathy? With me and my mom? From another source? I was kind of freaked out by this. She just looked to me for my reaction. I tried to remain neutral. After a long pause, I shared with her the statement that some big buildings were on fire in New York. I certainly opened my mind to the idea that Elise had vision and capabilities different from my own. In the weeks following, our family cocooned in our home – not going out for social events- and just thankful for our little patch of Paradise- along with the rest of the world. 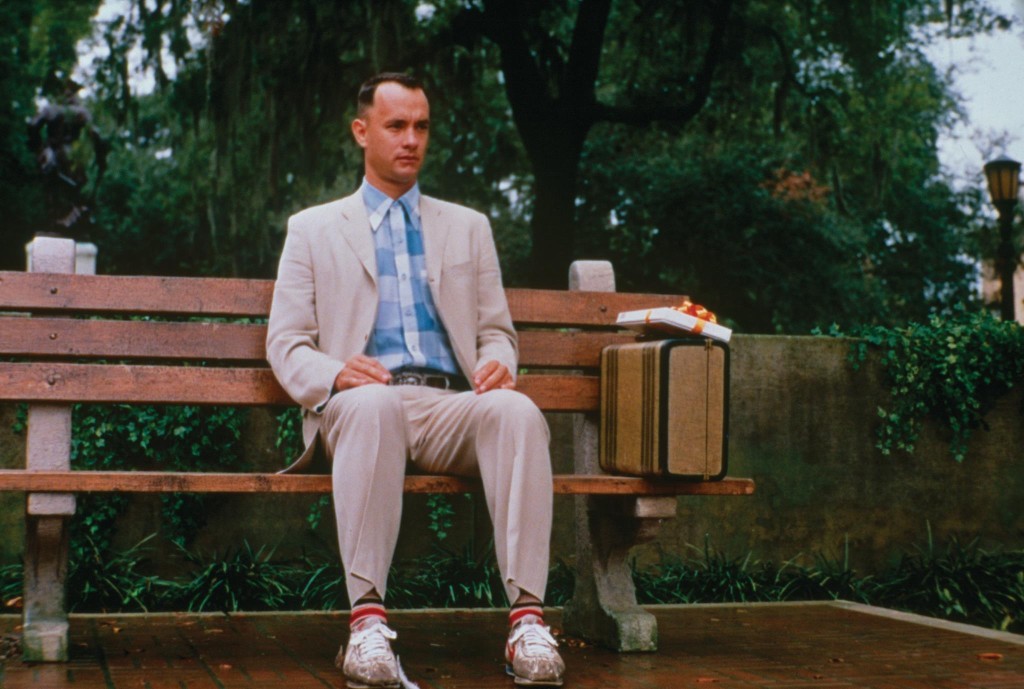 “Where Were You When The World Stopped Turning” by Alan Jackson.

On a brighter note, I have just today declared in my own mind that seeing Forrest Gump, the movie, is another of these profound Universal moments. I have come to understand that many people like me (whatever that means) were very inspired by this phenomenal movie. I deemed it my “Favorite movie of all time” the instant I left the theatre shortly after its release. I did not fully understand why at that moment. I can fondly return to that monumental minute (and have so many times). There is not another movie that has had this impact on me. It was this moment that I have come back to over and over. I just looked up at the sky on that fateful dark, cold and clear night.  Pause. I thought to myself “that was the best movie I have ever seen!”. Forrest looked at the world through rose-colored glasses so to speak and look at the results! So uplifting!!! The magic in the seamless application of historical clips – Yes! The endearing leading man with the Southern accent- yes! His deep and faithful affection for his friend, Bubba- Yes! The tortured character, Captain Dan who redeems himself in the end…via Forrest’s modelling – Yes! The big dreams, seemingly impossible, achieved – Yes! The loving mother who saw the perfection in her son and ensured he saw it too – Yes! The deep romantic, committed love for his girl eventually bore fruit. Forrest did fully experience his True Love, Ginny – Yes! Weaving in history amongst this Fiction – it was soooo fascinating. I added the quote, “Life is like a box of chocolates. You never know which one you are going to get” to my personal vocabulary – pulling it out regularly whenever I saw an opening. I vowed, right then and there, to purchase this movie at the earliest opportunity with the commitment to watch it with my kids at the appropriate time in their development. I really wanted to use it as a tool to discuss the Philosophy of Life. Keep in mind that I was a Newlywed to my Med School sweetheart at this time. I was committed to having a Family but there was no specific idea of when. The topic of having kids was not in my life or relationship otherwise.

It was months later, browsing in a local Independently-Owned Video Rental store (long out of business when Blockbuster entered the neighborhood), I saw the used copy of the Forrest Gump Movie. I bought it without hesitation. I have partially fulfilled my destiny. It was one of the first DVD’s that I owned. I was slow to get onto this idea of owning DVD’s. Watching a movie twice always struck me as counter-intuitive. There are a few movies that I have come to enjoy rewatching – usually comedy or musical.

“I am nothing if not adaptable…” 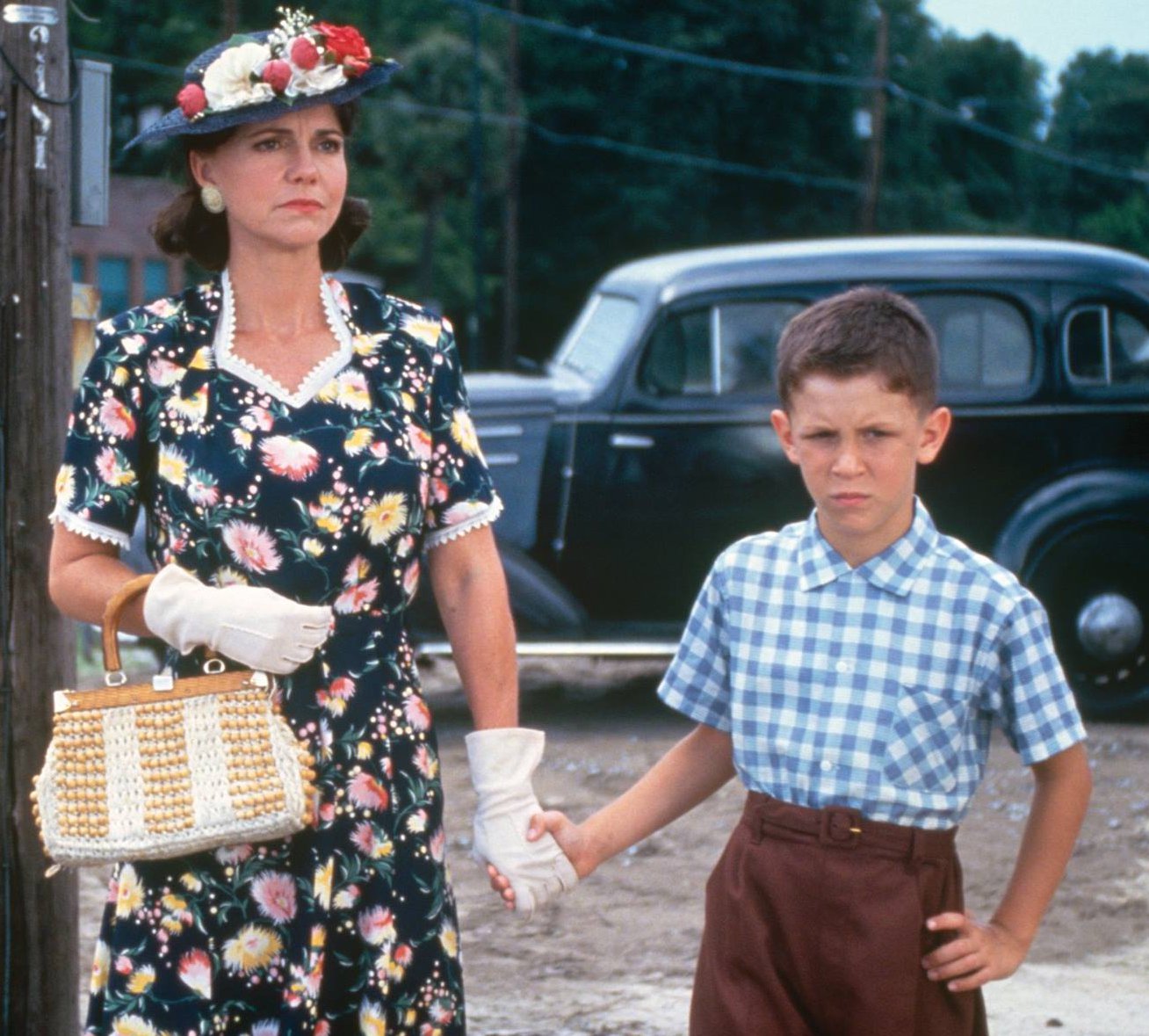 Well, that copy of Forrest Gump was not watched again until Elise, my first born, was 12 years old. Over the years, I heard myself declare that I would watch it some cold, dark winter night (it was my favorite movie of all time after all) when I needed a little lift…but I never actually did it. The DVD just sat on the shelf for untold years. I had mentioned to Elise my plan and again, did not really make it specific. One day, Elise recalled that I wanted to watch this movie with her, “Can we, Mama?” YES! Well, my enthusiasm for this big event had Elise very curious.

“I am nothing if not enthusiastic…”.

We watched our schedule for the right moment as I felt that Jacques and Jean-Luc were too young for some of the content. OK, I now recall that I had forced Elise and Jacques to watch the opening scene of the feather floating through the air…so Beautiful.

I was reminded of it by Veggie Tales – a most awesome creative cartoon series: hilarious in such a quirky way. The Veggie Tales had a ritual of including a “Silly Song” and one of them was their version of this Forrest Gump scene.

Watching Forrest Gump with Elise (boys all occupied elsewhere) is a treasured memory. There were a couple of moments where she turned her head – those oh, so embarrassing to be watching with your mom scenes – remember those? But experiencing it together and the discussions that followed were heaven for me…and I think for her too. Two years later, Jacques started asking for his milestone moment watching Forrest Gump with me. He was only 11 years old. I had it in my mind that I would wait until 12 like for Elise. Well that did not last long. When Jacques gets something in his head, it would take a whoooole lot of energy to prevent his will from being fulfilled. I have always said, from birth onwards, that Jacques would never be left in the Forest (love the pun here…ha ha) to starve to death. He just has a way of ensuring his needs are met. He is a good example for the rest of us. A strong force. I have no idea where he got that from…(?). Tee hee. Well, we never quite found the moment that would allow delay for Jean-Luc seeing the movie also. So JL was only 7 years old. It was so great. Discussing the movie with them – Yes! And now we could add a few more little inside jokes to our large arsenal. “You got your lemon shrimp…You got your sweet and sour shrimp…You got your …” (Remember that scene?)- so fun. Jacques captured Forrest Gump’s accent instantly so I am regularly treated to little excerpts. 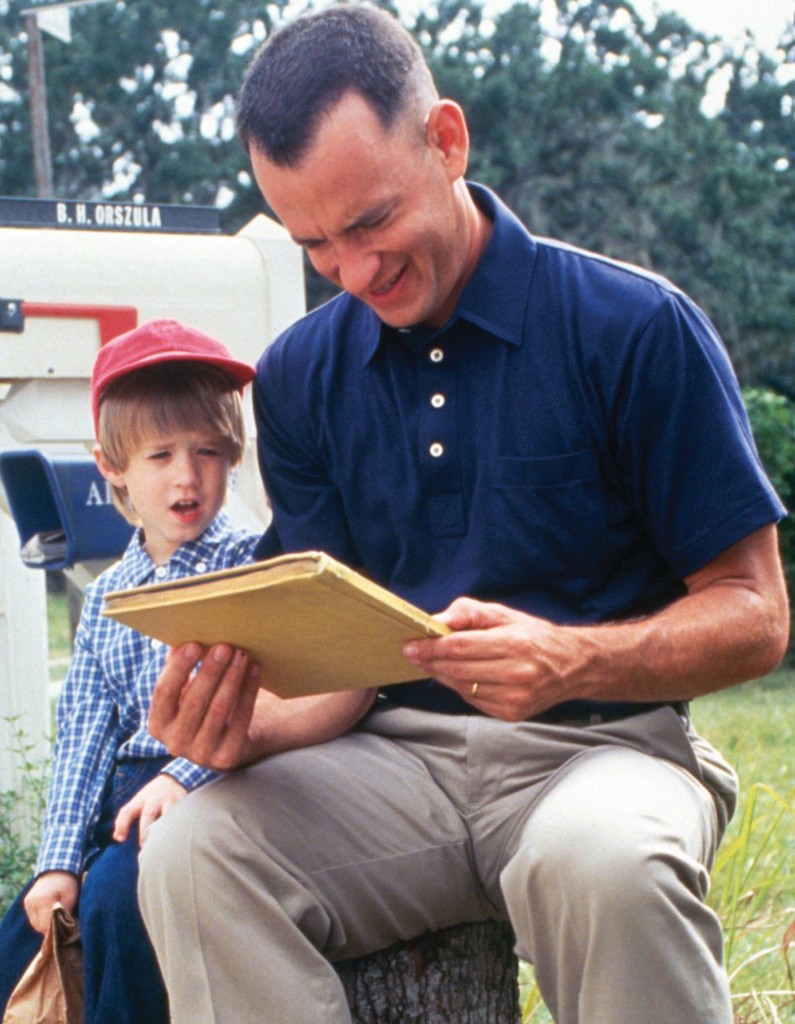 This past summer, I was intrigued with some You Tube videos discussing the Philosophy hidden in the Matrix movies. I vowed to re-watch the first one. In order to remind myself, I entered a calendar reminder to repeat daily at 7PM that stated “watch Matrix”. The daily alert that became a part of our routine led to Elise very mindfully choosing to watch them all. I was only enthusiastic in watching the first alongside her. So many grand discussions came out of that one too. So funny, somehow in my “moving onto icloud” from Mobile me, I lost my entire calendar. At first, it was such a blessing that the alerts were captured. I developed the habit of reminding myself of almost all events 1 day prior and 1 hour prior. So 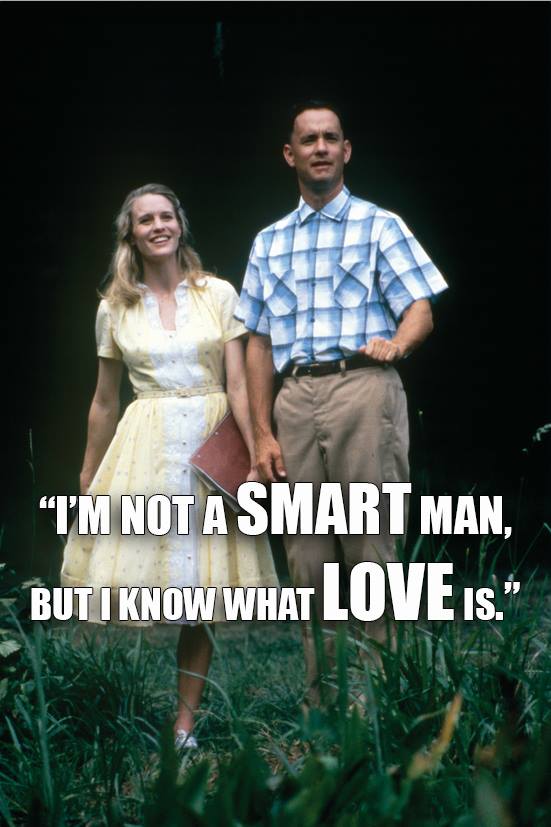 I always had a day’s notice if I had forgotten something from my calendar. Well, for most events, they just play out and then were gone but the Matrix reminder was on daily repeats with no end date. I occasionally do this when I want to capture a task that is not time specific.  My version of a “To Do” list. Only one or two things at a time can be handled this way.  I have a To Do app. but never look there. Once the action is completed, I just delete the entry for all future entries. So, to this very day, at 7pm I am reminded to “Watch Matrix” – a running joke. I have not really put time into finding the solution to remove this reminder …maybe “someday”. Truth is stranger than Fiction sometimes… (I add in: “Someday” finally came. Months later.)

Love talking philosophy with my kids! And they know it. They will often try to distract me (to stay up later for instance) when they see my eyes light up in that special way.

“I am nothing if not consistent...”

« Joan of Arc
Wisdom Teeth: What Have They Got To Teach Us? »