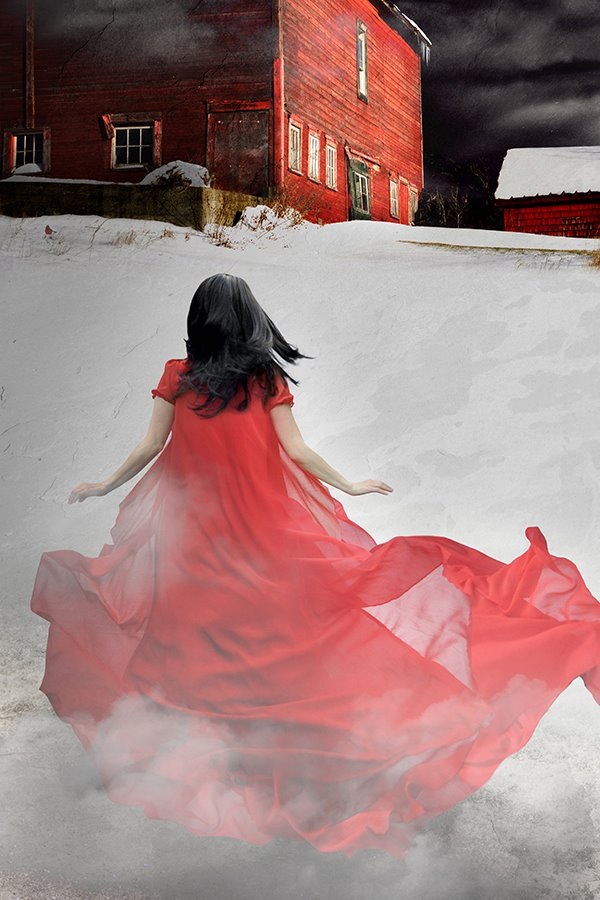 “For an occurrence to become an adventure, it is necessary and sufficient for one to recount it.” Jean-Paul Sartre – French Philosopher

My memory is jogged in the most unusual ways. My daughter started to wear contacts – a milestone in the lives of many. I had tried them in the past but really found them pretty annoying. Halloween 2011, I had the opportunity to dress up as a female version of Robin – as in Batman’s sidekick. The costume involved a little mask for over the eyes – and a sweet little mini skirt to show off some leg! I was too stubborn to bother putting in my contacts but still chose to wear the mask with my glasses underneath – pretty ridiculous. Not really sure if the leg was strong enough to counteract the glasses problem but anyway. Vanity had never really motivated me much. As I was trying to recall how much I wore contacts (it certainly was not a daily commitment for me – more for a hot date or when photos were expected) the most dramatic contact lens story was revived from the crypts.

It was the Christmas of 1990. Me Bro was gallivanting across 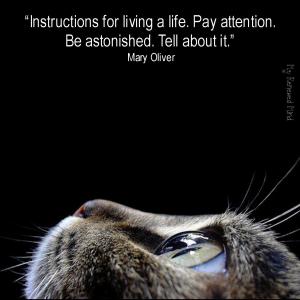 Europe for six months. This was the first Christmas for my little nuclear family of four to have one missing. My mom and I regularly laugh at the memory of the two of us getting very emotional and tearful in my Grandma’s kitchen (Gravelbourg, Saskatchewan) that Christmas. We were both tough nuts but were really missing my brother’s presence at the same time. Extended family had a great laugh at our expense – in the kindest way. Especially my Grandma who missed her five kids and families ‘all the time’. So the cat was out of the bag: Angèle and her mom had a heart. I say with the lightest air. I just love saying stuff like that! There is likely not a colloquial saying that I have either not used or massacred in some way. It is one of life’s Simple Pleasures for me.

So, the little shrunken family of three – I was fully grown but had moved 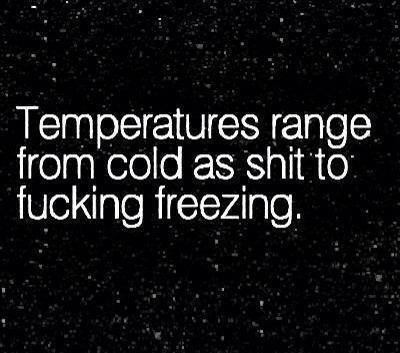 back home for my Medical internship year ~ Mommy! – drove 500 miles through the Canadian winter to collect with extended family. Both sides are from the same small town in Southern Saskatchewan. Well, as the saying goes, “What goes up, must come down”. We arrived that Christmas with routine driving conditions. In the winter, it can take 9 hours but in the summer, with the right attitude it can be 7.5-8 hours. The experience is very different with the seasons.

Time to return to Edmonton. One never knows what type of weather would be experienced.  There were many stories within our family. This was the first time I was a working girl – officially training in my Internship Program but pulling a salary, Yeah for me!, as there was a high service component.  I was expected at the Inner City Hospital for a shift in Emergency at midnight – the dreaded graveyard shift. No problem. We left in our usual jovial way. The first hour usually passed in a blink as we recounted our pleasures of the visit. That got us to Swift Current where the highway suddenly has the smallest of shoulders. We were moving up! The first leg of the journey sported 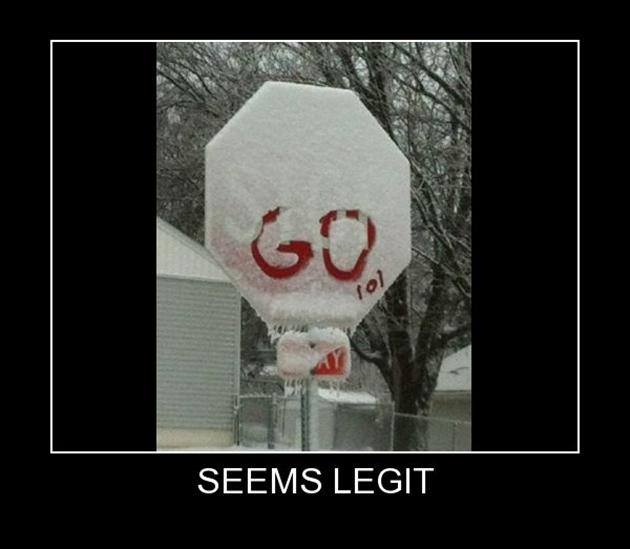 pretty rough roads- the kind that if you veer off, you are in the ditch instantly – not very well maintained. Just outside of Speedy Creek, the affectionate term for Swift Current, we came upon an RCMP officer setting up a road block. We stopped to ask him what was going on. He informed us that a severe winter storm had required that the Highway be closed temporarily. It was the only option for us to get back to Edmonton -in time for my shift. So my Dad asked him, “Is it closed yet?”  Love the carefully worded question- always.  The Officer stated “no” but in about two minutes, that will change to a yes. Family huddle: Angèle, Mom and Dad review the situation. How bad could it be? We had driven in lots of extreme winter conditions. It looked clear right here. I had to work at midnight! We were all leaning to just drive through. One minute pause….Yes, drive on, Dad! Well, we were feeling quite proud of ourselves, wondering what all the commotion was about. Then we meet … the Storm.

OK, it was the worst storm we had ever driven in.  Bar none! That RCMP Officer was looking pretty smart right then. And we were in a Honda Accord!!! With only all-season tires on. Pretty crazy. I was not really sure how my Volvo 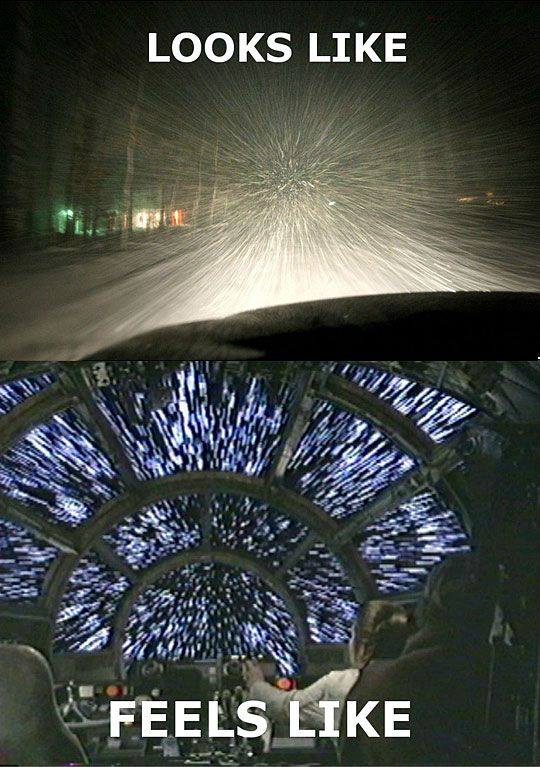 truck might have performed in these treacherous conditions but I would have had more confidence in it. The winds were over 100km/hour.  The temperature was nearing -30 degrees Celcius.  With the windchill factored in it was so much colder.  I leave out the number partly because I do not remember it and so as not to alarm citizens from other climates.  How many times did my mom and I say, “Slow Down!” to find out that we were going 20 km/hour or less. The sensation with the white out snow conditions flying past our window at 100 kilometres per hour gave the feeling that we were driving a race car blindly. Every moment, we half expected to come upon some obstacle with a resultant crash and burn. So here was the contact lens moment: wait for it….wait for it. In the frenzy of this experience, my eyes were wide open. Every now and then, one has to blink. On one of these blinks, my contact pops out of my eye and flies in a dramatic arch through the air. Comedy relief. We were starting to recognize that we 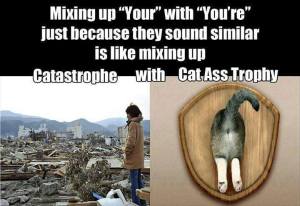 were in emergency mode. We could not fool ourselves any longer. We reviewed our options:  none other than to plod forward and hope to come across a town really soon.  A little Chevette parked along the wee shoulder came into view. Hmmmm…looked like people were in it. Even before we had come to a full stop, two people looking more like popsicles were at our back doors and jumping in, one on either side choreographed in perfect unison. No room for niceties. They were not asking. They were being rescued – period! Which matched our intent. They were an elderly couple from the nearest town, Kyle, Saskatchewan. They were returning home from a routine trip for Groceries in Swift Current (less than half an hour drive away) when the storm hit very suddenly.  Shortly thereafter, the car stalled. Iced right up in the 100+ km/hour winds. Oh dear….They were incoherent with cold at this point. Their car was completely dead, without power to maintain heater function.

At the time (and the retrospectoscope confirms), we all declared that this couple had a serious threat to their survival if the “oh, so very stubborn and persistent” Edmonton family did not choose to drive past the RCMP Barricade. We 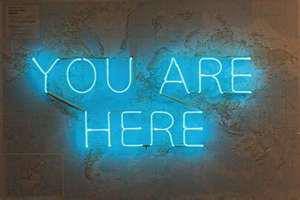 were the last car that was going to drive the road that night. Welcoming news that we were very close to Kyle. It seemed to take forever at our 20km/hour maximum speed. There were whoops of celebration when we had the first town building within our sights. Then our car stalled. All well, we were on the Highway and just rested for a couple of minutes. We called on the angels right there.  Somehow we managed to restart the good old Honda and drop off the older couple to their home within half a block of the Motel they had recommended. We managed to get the last room in town.

The stubborn and persistent story is not over yet. I have laughed my head off so many times recounting this next part. So we were saved and all we had to do was park our car and get in out 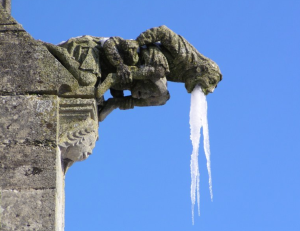 of the storm. Well the snow accumulation was massive with drifts abounding. So the parking lot was difficult to decipher. The path was visible, just barely.  A large drift between our chosen parking space and our car. No word of a lie, Dad saw the challenge. Two women were advising in stereo against that particular spot. The drift was too big between us and the space. Dad determined that he was going to ram it. He backed up the vehicle so that he could build up some more momentum. It was a once in a lifetime sensation to feel our car’s power lift us up and over that big snowdrift and then….poof… we felt the soft, yet solid, landing right in the middle of the snowdrift. We had expertly planted ourselves within the very middle of this snowy peak – felt like skiing (only we forgot to install the skies on our car). We had no traction. We were floating in the sky, supported by the snowdrift. Dad proceeded to get the shovel from 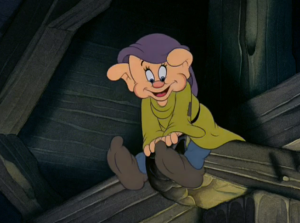 the back to dig us out. Big mistake here – no toque. He returned to the vehicle after achieving no success. His ears were as white as a sheet, “Dad! Your ears!”. To add insult to injury, those ears swelled to triple their normal size after the defrosting. His appearance likened the last Dwarf, Dopey, from Disney’s Snow White. He managed a full recovery of every part of those ears so it could have been worse.  That smarted a bit. My mom and I had great compassion for him. He was not one to be sick or injured. This was a rare event for any of our judgement to be off. But of course, it was all perfect. We were all off our best that day after what was a harrowing experience. But we saved two lives!!! That is the story we all stick with!

My pride was injured when the Doctor I spoke with back at the shop happily told me to “enjoy my additional day’s holiday” when I had to phone in with the news that I would not make it in for my shift that night. We Doctors are a cynical bunch. This guy needed to make it clear to me that he didn’t believe my story about being stranded in Kyle, Saskatchewan. I could just hear him thinking, “Oh, this one is a wee creative one now isn’t she?” I guess I am just reflecting myself. I would have had a hard time believing it too. There 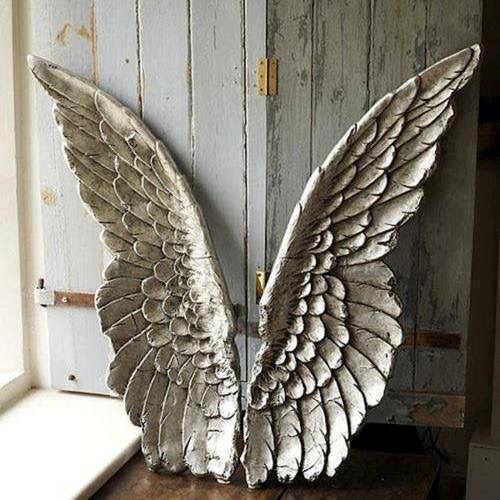 was nothing to do but to make the best of it. We were invited down the street to our newly rescued friends for Hot Chocolate. It turned out they were the parents of a Western Canadian Artist, Randy Fehr – wildlife artist similar in style to Robert Bateman. Oh Wow! So we were treated to meeting his pet snake and seeing some of his work. Small world! We are all connected.

By the end of the night, there were towards 200 people, coming in from the other direction, sleeping in the Kyle Community Hall. So we counted our blessings tucked into our motel room in the end. I have always felt I live a blessed life…

Angel Standing By  by Jewel

« Rendez-Vous With ViktorE
Do You Believe In Christmas? »